Australia is a stable, democratic society with a skilled workforce and a diversified, competitive economy and is one of only ten countries globally that is rated AAA from all three major ratings agencies. With a population of approximately 25.7 million, Australia is the only nation to govern an entire continent and is the sixth largest country in the world by land area. Australia’s multicultural society includes its Aboriginal and Torres Strait Islander peoples and migrants from many countries worldwide. Its workforce is relatively large and highly trained, with many senior managers and technical staff possessing international experience.

The Australian Government provides support to all Australian states and territories 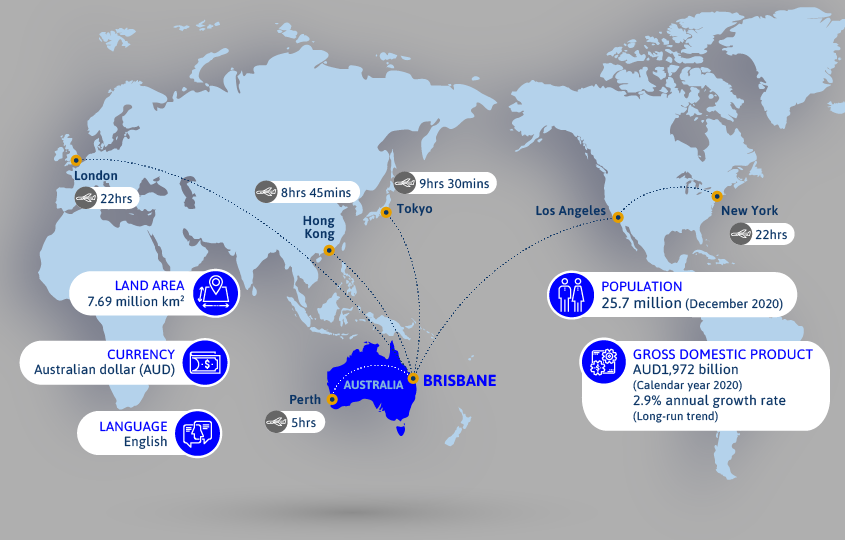 Australia has six states and two territories. The capital of Australia is Canberra, which is located in the Australian Capital Territory.

Australia has three levels of government: federal, state and local. The federal and state systems of government derive from the British Westminster system, although many features of Australia’s Constitution are based on the United States’ Constitution.